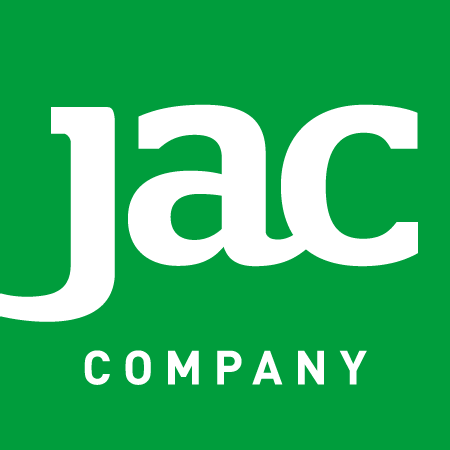 When the Fila brothers first opened shop in 1911 in Biella, a small town in the foothills of northern Italy, they had no idea how far their legacy would travel. Originally in the business of creating quality textiles for local townspeople, the brothers sought to produce fabrics that combined luxury, art and utility, drawing inspiration from their homeland to create product as exquisitely textured and evocative as the Italian landscape: the austerity of the Alps, the fluidity of the hills and the boldness of the Mediterranean coast. Today, as we celebrate the 102nd anniversary of Fila, we are proud to say that their vision lives on in our company. From the craggy peaks of Mount Everest to the illustrious lawns of Wimbledon, the name Fila echoes an unmistakable legacy of excellence, born through decades of innovation and unswerving dedication to provide premium sportswear crafted to be exceptional as its wearer.

The story of Fila's transformation into a leading global designer of high-end sportswear has been one of continual evolution driven by a philosophy of innovation that lies at the heart of our most successful designs. In 1923, the brothers officially established the expanding family-run textile business as a high-quality knitwear manufacturing company, entering into a limited partnership named Maglficio Biellese. Through the years, the business grew beyond the borders of Biella to become a well-known quality knitwear producer for Italy. In 1942, the company merged with the Fratelli Fila company, and by 1972 the company had sales of over one billion lire and a total workforce of more than 250 people. Wishing to further expand the company, Giansevero Fila hired Enrico Frachey as the managing director of the firm in 1968. Frachey shared Fila's vision and it was his creativity and managerial resourcefulness that ultimately transformed Fila into a global sportswear brand.

The 20th century saw a new form of individual expression rise to international prominence: sports - and particularly tennis - were becoming the epitome of grace, style and an example of the robust vivacity of the human spirit. As of the company prepared for its bold debut into the sportswear industry, Frachey tasked two men with ensuring its success: the innovative designer Pier Luigi Rolando, the artist behind our most iconic designs, and Alessandro Galliano, the superbly knowledgeable engineering director. Inspired by Frachey's own climbs on the cliffs near Biella, Rolando and Galliano began their work with the understanding that sport is life expressed through motion, and that sportswear must complement, not overpower, the athlete. They set to work creating fabric designed to mirror the movements of the athletes themselves, adhering smoothly to the body like a second skin yet providing a sense of total freedom.

The product of this collaboration was our premiere outerwear collection, which debuted in 1972. Rolando's designs, utilizing wool and cashmere in novel ways, created a line that quickly became renowned for its seamless combination of grace and vigor. The following year, our name was firmly established through the sports apparel industry with the introduction of the now legendary "White Line" Collection. Named as a respectfully irreverent jab at the traditional product lines and the ubiquitous presence of all-white garments that had long dominated tennis apparel, the White Line Collection was a fusion of the provocative and exemplary. The Collection, aesthetically astonishing in its novel design and unconventional use of vibrant colors, yet beautifully simple in its effectiveness and function, immediately took the world by storm. The premiere collection marked the dawn of a new era, not just in Fila's history, but in the sportswear industry as a whole. While others saw contradiction, Fila became the brand that catered both to the exceptional athlete and the cosmopolitan individual, ever conscious of the latest and boldest innovations in fashion. The White Line Collection made a statement as audacious and respectfully irreverent as its new designs: Classic doesn't have to mean conservative, and timeless designs can still be contemporary.

Fila has enjoyed a special relationship with remarkable athletes, pioneers marked as much by indomitable passion as incomparable performance. Beginning with our debut on the courts with tennis greats Adriano Panatta, Paolo Bertolucci and the incomparable Bjorn Borg, we have had the fortune of helping extraordinary individuals accomplish some of history's most iconic sports achievements. We followed Borg as he ascended to the pinnacle of sports history, the F-Box logo proudly displayed on his signature polo and headband, winning five consecutive victories at Wimbledon and firmly establishing his legacy as tennis' most dominant and unique player, both in terms of technique and style. In 1986, when Reinhold Messner reached the treacherous summit of Everest, fueled by the spirit of adventure and the determination to be the first to scale the titan without the aid of additional oxygen, he wore high-tech mountain gear designed by Fila. Thirsting for more, he proceeded to scale 13 peaks of the Himalayas, leaving his indelible mark on the history of mountaineering and raising Fila and iconic F-Box logo proudly to the highest peaks of the world. We slid down the slopes with Ingemar Stenmark in his pursuit of 86 World Cup titles. We graced the greens of British Opens and two Masters Titles with Tom Watson, skirted the frosty trails of Italy with Alberto Tomba and arched triumphant on the shoulders of Monica Seles and Guillermo Vilas. And we were there in 2009 when Svetlana Kuznetsoza won the French Open.

Fila has been especially proud to support Kim Clijsters, first as she made history by coming out of an eighteen month retirement to win back to back US Opens in 2009 and 2010, becoming only the second mother to win a Grand Slam in the Open era and following in the footsteps of former Fila athlete and mother Evonne Goolagong-Cawley, who was the first. In 2011, our 100th anniversary year, Kim started out strong, winning the 2011 Australian Open, wearing a replica of one of Goolagong-Cawley's iconic outfits from the early 80's. With the announcement of Clijsters’ retirement after the 2012 US Open, Fila designed a special commemorative “Trophy Collection” for Clijsters to wear at the last Grand Slam tournaments of her illustrious tennis career. Fila unveiled a special patriotic performance tennis apparel collection, in August 2012, which was worn exclusively by Fila athletes representing their countries on the courts of the All England Lawn Tennis and Croquet Club during the London Games. Fila also outfitted the South Korean and Hong Kong delegations at the London Games. In addition, Fila continues event sponsorships of the BNP Paribas Open in Indian Wells, California, the Sony Open in Miami, Florida and the Hall of Fame Tennis Championships in Newport, Rhode Island, the Porsche Tennis Grand Prix and the BMW Open in Germany, as well as partnerships with the Van der Meer Tennis Academy in Hilton Head, South Carolina, the John Newcombe Tennis Ranch in Texas and the Junior Tennis Champions Center.

A century after its humble beginnings, Fila has become synonymous with performance and sophistication. Worn not only by internationally recognized athletes, but the fashion conscious, Fila uses premium fabrics designed to radiate the sophistication of Italian craftsmanship, while allowing maximum flexibility and performance. Our legacy of style earns us admiration to this day. Whether you perform for the challenge of adventure, the rigor of competition, or simply the pleasure and well-being of an active life, Fila will help take you wherever you want to go, because we understand that the beauty of sport is that of a life in motion.

So have the courage to defy expectations, to challenge the limits of both yourself and the world around you. Be bold and provocative. Remain vintage, but never conventional, and show the world that it is possible to radiate sophistication and style without sacrificing performance. Above all, commit to standing out, not blending in. On behalf of all of us at Fila, join us in celebrating a legacy that can only be described as legendary. Here's to our history of looking forward, and a future of making history.